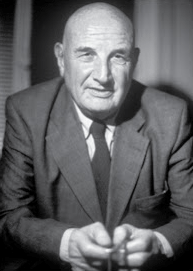 Jean-Pierre Soubrier, MD, is professor emeritus at the Collège de Médecine des Hôpitaux de Paris, France, and honorary chief psychiatrist at University Hospital Paris (AP-HP). His suicidology research career began in 1965 as a Fulbright Research Fellow at the Suicide Prevention Center, Los Angeles, USA. He has been IASP member since that time. He was Founding President of the Groupement d’Etudes et de Prévention du Suicide (GEPS), France (1969), Past President of the International Association for Suicide Prevention (IASP) (1995-1997) and Chairman of IASP College of Past President (2001-2003) , WHO Advisory Board Member International Committee on Suicide Prevention. First Chairman of the World Psychiatric Association (WPA) Section on Suicidology (2002-2008). His awards include Silver Medal, Faculty of Medicine, Paris (1965); Best Film Medical Festival ‘Suicide prevention: Myth or reality?’, Paris (1974); Stengel Award, IASP (1981); Annual Award, Académie Nationale de Médecine, France (1985); and Best Scientific Poster: ‘Print media and Suicide’, European Congress of Suicidology (ESSSB), Rome, Italy (2010). He is Consulting Editor of the journal Suicide and Life Threatening Behavior (USA) and is a member of the Scientific Committee National Strategy on Suicide Prevention (France). He was Chairman of the Taskforce Suicide Prevention in old age (2009–2011) and opened a resource center on suicidology (CRES) in Paris, France in 2012.