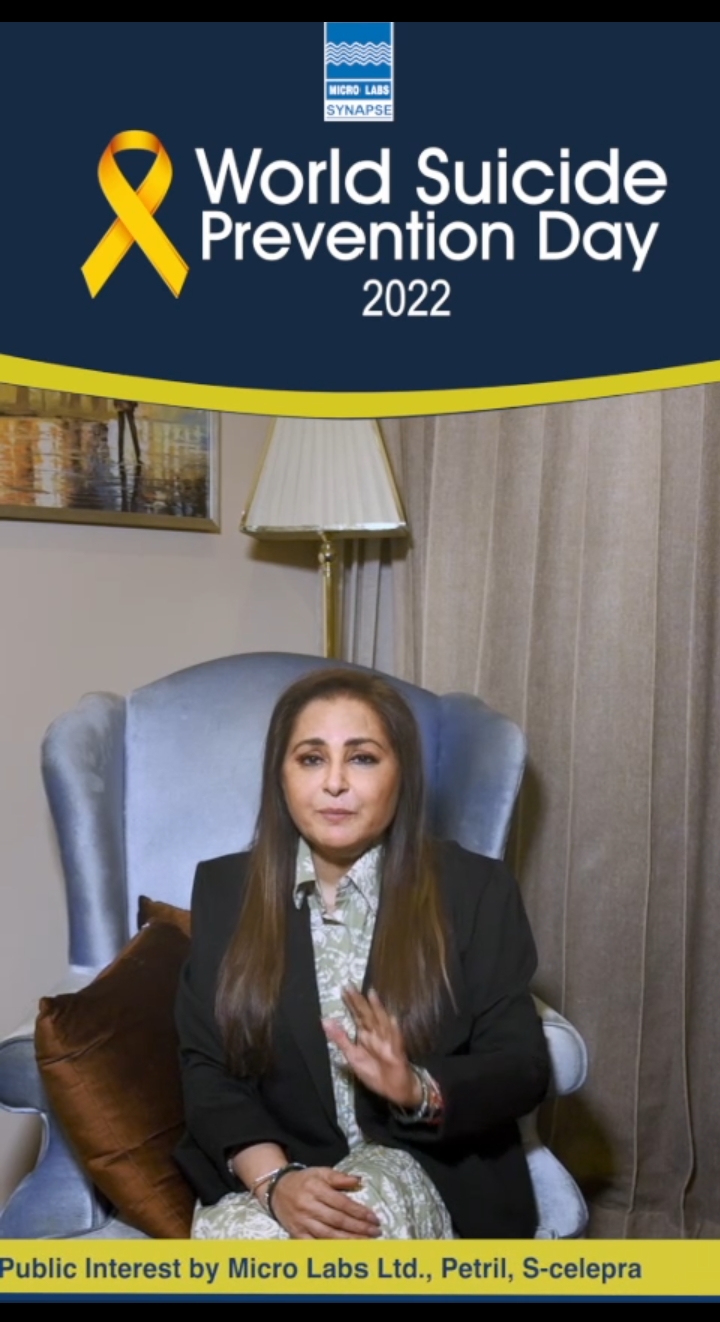 The Indian Actress Jayaprada is one of the most iconic and influential Artist. She is the recipient of three Filmfare awards and has starred in many Telegu & Hindi films along with several regional films.

We have produced the awareness video on suicide prevention with the film actress Jayaprada to sensitize the world on suicide and reduce its stigma. Also, our aim is to raise awareness among people giving a singular message that suicide can be prevented.