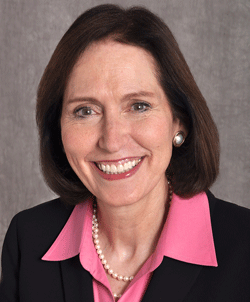 Dr. Madelyn Gould is a Professor of Epidemiology in Psychiatry at Columbia University Medical Center and a Research Scientist at the New York State Psychiatric Institute, where she directs the Community Suicide Prevention research unit within the Division of Child and Adolescent Psychiatry. During the past three decades, she has received continuous funding from the National Institute of Health (NIMH), Centers for Disease Control (CDC), Substance Abuse and Mental Health Services Administration (SAMHSA) and American Foundation for Suicide Prevention (AFSP) for her research in the area of suicide prevention.

Dr. Gould has a strong commitment to applying her research to program and policy development. She has participated in a number of U.S. government commissions on suicide prevention and her seminal articles on youth suicide risk and preventive interventions have laid the groundwork for the development of state- and national-level suicide prevention programs in the U.S. Her research contributions have been recognized by her receiving numerous awards, including the Shneidman Award for Research from the American Association of Suicidology (AAS) in 1991, the American Foundation for Suicide Prevention (AFSP) Research Award in 2006, the New York State Suicide Prevention Center’s Excellence in Suicide Prevention Award in 2011, and the AAS 2013 Dublin Award, which is a lifetime achievement award for outstanding contributions to the field of suicide prevention.

Dr. Gould has been a member of IASP since 2002. She is an active member of the IASP Media Task Force, having recently contributed to the updating of the IASP/WHO Media Guidelines for Suicide Reporting, and is also a member of the Helplines Special Interest Group (SIG). Dr. Gould has recently become the IASP USA National Representative and looks forward to serving as a Co-Chairperson to the Council of National Representatives to promote its initiatives.