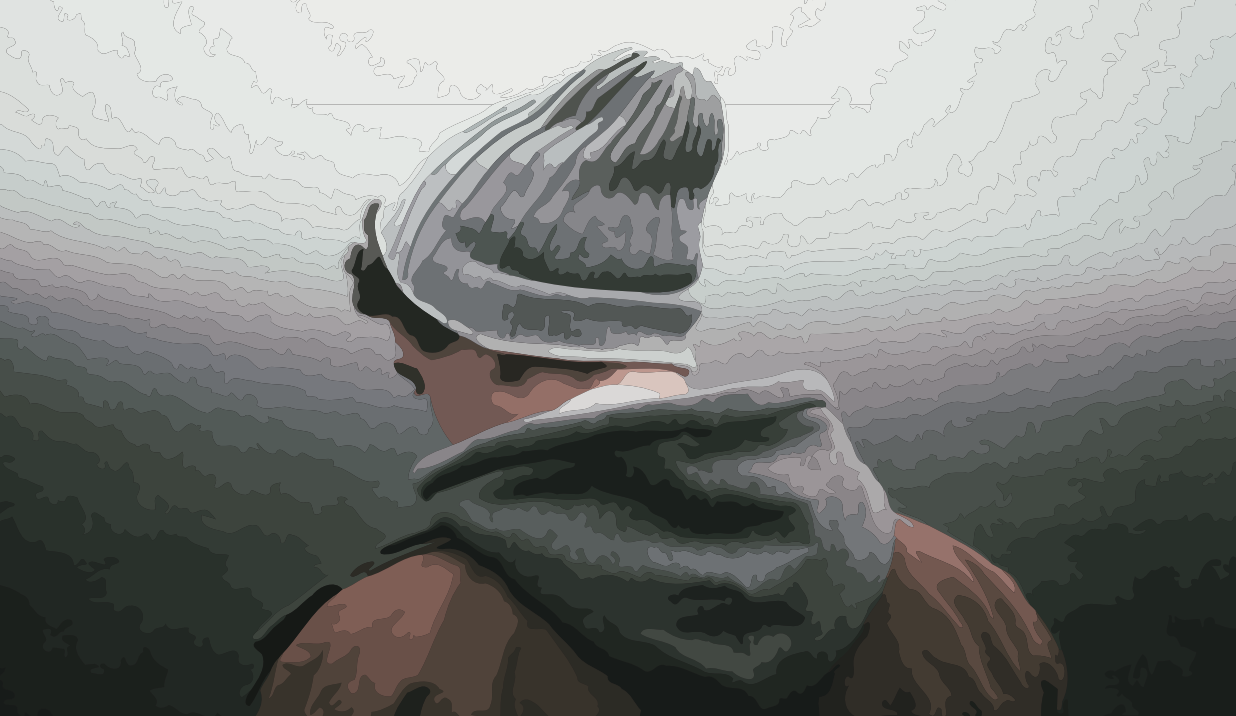 FROM CO-CHAIR OF SIG ZAC SEIDLER

What 2020 has brought to the surface is the fragility of our mental health. And no one is immune. We’re seeing a decommissioning of the age-old stigma around mental health that perpetuates an ‘us’ vs. ‘them’ mentality, and instead witnessing how experiencing stress and anxiety is more the norm, a reflection of our common humanity, than an exception. It’s the great equaliser.

The Australian Bureau of Statistics announced recently that the already staggering suicide rate was higher in 2019 than it’s been in over a decade, and this was pre-COVID. As we’ve seen year after year, three quarters of those lives lost were once again men. We are now losing a frightening seven guys every day to suicide in Australia, up from six in years prior. The world over, this contributes to a man a minute dying by suicide.

When it comes to getting men to change their behaviour, we traditionally haven’t been too successful. For generations, many have strived to find a way to bring men together away from the arena of the sporting pitch or battlefield but guys have struggled to get behind men’s causes because it meant facing up to their own mortality and fragility, something we’re taught to avoid at all costs.

But this year has changed the outlook of many, and the excuse of many men of ‘that’s not for me’ is wearing thin. Public sentiment has shifted. You can’t turn on the TV or open the newspaper without hearing of a football player opening up about his struggles with depression. Men are ready. What we need to do, is offer something that speaks to them, that’s designed for them, that appeals to and excites them.

For too long we missed the mark. We’ve been flinging out lifebuoys to men for years, just hoping they’d grab hold. We nagged men and spoke down to them, underestimating their capacity for change. It makes sense that many guys want to hold on to a sense of independence, stoicism and control. Many don’t enjoy being told by those in an ivory tower how to behave, what to change and how they can do better.

This contextualises the place and importance of our work as a newly formed special interest group focusing on preventing suicide in boys and men. In joining our group, we hope that alongside us, you will aim to progress meaningful conversations and research and build collaborations in the field to seek out men’s voice and experiences and help create interventions and services that men want and need.

When we approach men in the right way – when our interventions and messages are targeted – we know they can work. And for anyone who wants to support men in striving towards long lasting mental wellbeing – from partners, family and friends through to researchers and healthcare professionals – it’s time we start asking and stop assuming what men need.

Engagement with a government body such as the @nmh

Through the support of our generous sponsors, we a

Thank you to all who participated in the #TRIPLEi2

Today is the first ever #MentalHealthAction Day. I

We are excited to announce that registrations for

Registered delegates at the #TRIPLEi2021 conferenc

The IASP 2021 award nominations are closing! 🌟Please submit all nominations for The Stengel Research, Ringel Service, Farberow, De Leo Fund and Andrej Marušič awards by 15 June 2021. The criteria for each award is listed here 👉https://t.co/sSkZ4k1BFA

@Clubhouse_Intl @Lundbeck Great to meet you!

Engagement with a government body such as the @NMHC is vital in demonstrating not only a local, but global commitment to reducing suicides & we are thrilled they are sponsoring the Lived Experience Bursary for #IASPGOLDCOAST2021. Read the full statement 👉https://t.co/mjclTOzZKn

If we want to raise more money for brain diseases and mental health, we have to do it collectively – thank you @hbgi_global & Brad Herbert for these insightful thoughts. #1VoiceSummit

A great start to the #1VoiceSummit. Delighted to be taking part. @ssaxenageneva ends his keynote highlighting the important role of CSOs in advocating for brain and mental health.

Through the support of our generous sponsors, we are pleased to offer a significant number of bursaries to attend #IASPGOLDCOAST2021 in September. Check your eligibility & apply here 👉https://t.co/gDxXmrHfAF
@NMHC @LivingWorksAus @RosesInTheOcean @beyondblue @orygen_aus @GCCEC

📌 Prof. dr. Chantal van Audenhove, Fotini Tsantila, and dr. Evelien Coppens from WP8 presents the #TheoryofChange model, the steps taken in its development for the #MENTUPP intervention, and the instruments to be developed in the upcoming months.

📢The #MENTUPP team is ready to start Day 2 of the 4th Plenary Meeting.

All pilot countries provide updates on their #SMEs recruitment for the #Pilot Study, highlighting challenges and best practices and making an initial evaluation of the process and MENTUPP HUB registration🥇

JOIN US | An exciting opportunity exists for an executive officer to join Orygen and lead the establishment and implementation of the Australian Early Psychosis Collaborative Consortium. Find out more here: https://t.co/v1tB9rMZtW
#YouthMH #RevolutionInMind #MentalHealth

Sponsor Spotlight | @LivingWorksAus
LivingWorks is the world’s leading suicide intervention training company and we are thrilled to announce them as sponsors of the Indigenous Bursary for #IASPGOLDCOAST2021. Apply before the 15 June deadline 👉https://t.co/dOPabI8drh

📢📢TDay 1 of our 4th #MENTUPP Plenary Meeting is over🕑

Congrats to all WPs for your incredible efforts and achievements in the past months. #COVID19 has affected us all, but we've been demonstrating perseverance and excellent #teamwork🥇

Thank you all & see you tomorrow 📌

📣WP10 provides an update on main achievements since January 2021 and presents some recommendations to improve internal and external #communication of the MENTUPP project.

📣WP9 takes the floor to present the implementation of the optimised #MENTUPP intervention programme.

➡️Prof. Ella Arensman, Coordinator of the project, discusses the ongoing preparation to conduct the cRCT to evaluate the #effectiveness and cost-effectiveness of MENTUPP.

📣WP8 illustrated updates from M13 to 18 and future activities from the upcoming months.

Among their achievements, WP8 has been developing a #TheoryofChange design model to #monitor and #evaluate the success of the MENTUPP intervention.

📣It's time for WP7 to provide updates on the pilot implementation of the MENTUPP intervention delivered via the MENTUPP HUB.

📣 WP6 is ready to illustrate the improvements in the design, development, and delivery of the MENTUPP HUB, our online platform aiming at #promoting #mentalhealth in the #workplace📌

The HUB is currently being tested in the MENTUPP Pilot Study, which started in May 2021.

📣 WP4 provides an overview of all produced materials since January 2021.

📣 WP3 is now ready to present its main achievements within the MENTUPP project.

Among them, WP3 developed #psychoeducational material on #depression and #comorbid #anxiety for the MENTUPP HUB & published a Systematic Review that you can find here: ➡️https://t.co/5ziQDWqEzu

📣It's time for WP2 to present its updates from M13 to M18 of the MENTUPP project.

Stay tuned for all WPs updates and news❗️

We are thrilled to have the support from @NMHC to welcome people who have experienced suicidal ideation, suicide attempt or who have lost a loved one to suicide to our 31st World Congress in September through their Lived Experience Bursary #IASPGOLDCOAST2021

NMHC will partner with @IASPinfo as it hosts the 31st World Congress. Lived experience participation will be a hallmark of the event, with 150 bursaries for those who have experienced suicidal ideation, suicide attempt or lost a loved one to suicide. More👉https://t.co/TN91nuraFf

📣The #MENTUPP team is pleased to inform that #Workplace Interventions to Reduce #Depression and #Anxiety in Small and Medium-Sized Enterprises: A Systematic Review, has been published by the Journal of Affective Disorders.

Check the review below ⬇️ https://t.co/5ziQDWqEzu

Sponsor Spotlight | @orygen_aus
Orygen is redefining what's possible in global youth mental health research.​ We are thrilled to announce them as sponsors of our Early Career Bursary for #IASPGOLDCOAST2021. Please submit your application before 15 June 👉https://t.co/DpoVz22cl2

Roses in the Ocean@RosesInTheOcean·
28 May

We’re pleased to announce that bursary opportunities to attend the @RosesInTheOcean Lived Experience of Suicide Summit and/or the @IASPinfo 31st World Congress have been extended. You now have until June 15th to send through your application. More info: https://t.co/eHJAtMR1lM

Hear from experts in #suicideprevention on a dialogue on the context, issues, and rationale for decriminalization of suicide in Kenya at this online webinar from The Brain and Mind Institute @AKUGlobal on 8 June at 3PM EAT (Eastern Africa Time) Register 👉 https://t.co/13x2UiBpql

Current data does not provide a global picture of the challenges that countries face. We call upon member states to remain vigilant & reactive to changes in suicide trends & to include #suicideprevention in #COVID19 response & recovery plans. @WHO #WHA74 https://t.co/JMkx4CCUU3

IASP encourages the sharing of research & evidence related to #suicideprevention so as to strengthen & inform collective efforts to address this issue. @WHO #WHA74 Read the full statement here: https://t.co/JMkx4CCUU3

We are extending our bursary opportunities for the #IASPGoldCoast2021. Submissions will remain open until 15th June. Applicants will be advised of the outcome by 30th June. Please make the most of this extended opportunity! 👉https://t.co/KmkosSfGM0

Thank you to all who have participated in a fantastic event! We've welcomed delegates from ⬆ 44 countries over the last 3 days and held important, insightful, sensitive and friendly discussions. We'd like to thank the speakers in particular for making this a great #Triplei2021

Suicide rates tend to be higher in older adults and nursing home residents may be particularly vulnerable to suicidality. COVID-19 increased these vulnerabilities by increasing feelings of loneliness and reducing the opportunity for social support #TRIPLEi2021

The final talk of the #TRIPLEi2021 conference will be by Prof. Diego De Leo discussing the devastating impact of COVID-19 on nursing homes and the potential for increased suicide risk.

Thank you Vanja Gomboc for a very insightful session highlighting the need for resources and tools to achieve better discussions around suicide. Media organisations have some responsibility to be more compliant with media guidelines on reporting on suicide. #TRIPLEi2021

Which types of articles on suicide attract more active involvement from the public? Sensational reporting is thought to engage more readers by journalists. But the truth is actually the opposite. #TRIPLEi2021

The internet and online media enjoys a large popularity but is often seen as a double-edged tool. #TRIPLEi2021

Our first session this afternoon at #TRIPLEi2021 is Ms Vanja Gomboc focusing on how the public responds to media reporting of suicide. Following on from Prof. T. Neiderkrotenthaler's fantastic session on media reporting.

Thank you Professor Lai Fong Chan for a beautiful presentation touching senstively on a topic that is close to many of those here with us today. We must continue to urge for more funding and resources for #SuicidePrevention within healthcare worker support. #TRIPLEi2021

Some evidence of the impact of #COVID19 and moral distress in those working in medicine and healthcare. #TRIPLEi2021

What are the factors associated with health care workers suicidal behaviour during the #COVID19 pandemic? Professor Lai Fong Chan provides a summary. #TRIPLEi2021

What did we know about suicide among healthcare workers pre-covid? This highlights the importance of early interventions. Risk was greater in female nurses over the general population, and was discipline depending. #TRIPLEi2021