Wow. What an incredible start to the 31st World Congress of the International Association for Suicide Prevention!

We had an incredibly moving Welcome to Country by Kombumerri man, Lann Levinge. Shayne Connell spoke of the fantastic suicide prevention programs that Living Works have developed for young, LGTBIQ and Aboriginal peoples. John Brogden from Lifeline Australia talked about the dramatic increase in calls they have received over the COVID-19 pandemic while suicides have not increased. John’s passion for suicide prevention was evident in his important point that more calls has meant more people are getting the support they need.

The Australian Prime Minister, Scott Morrison expressed his pride at Australia hosting the Congress, giving us a chance to show all we have been working on in our efforts towards zero suicides. We also heard from Julia Gillard, who talked about the need for early and compassionate responses, and brought a strong message for all sides of politics to unite, which felt so sincere at this conference where the current and a previous Prime Minister, from different political parties were both presenting during the opening events.

Professor Pat Dudgeon is a personal inspiration for me and much of my PhD. She reminded us that each statistic is a person, and that Indigenous leadership and self-determination are critical for suicide prevention efforts in Indigenous communities. Bronwen Edwards brought a powerful and inspiring message about the importance of lived experience and told us to “Be bold, be brave and listen deeply to people with lived experience as they share with you what it’s like to walk in their shoes, and then follow their lead. Trust that they know the way.” Professor Rory O’Connor showed that while we haven’t seen an overall increase in suicide during the COVID-19 pandemic, we are not all in the same boat. Suicide risk has changed in different ways for people in different areas and sub-groups of the population, and he raised particularly concern for young people. It was very special for me to hear Alara Geebung’s stories behind the beautiful artwork he created for the Congress. The art and stories have made me feel so much more connected with the Gold Coast from chilly Melbourne.

The first day was topped off with an exciting new ECR event called the PechaKucha. Jo Robinson and Mark McConville kept us entertained with music, dancing, and even a disco ball. We had six amazing ECRs and each presentation was engaging, informative, and the presenters really showed how well they knew their stuff. Louise LaSala took out first place, Eleanor Bailey second and the people’s choice award went to Laura Grattidge. An exciting challenge was issued for the more senior researchers to have a go at a PechaKucha event and even compete with our incredibly succinct and passionate ECRs!

Looking forward to seeing what the rest of the conference brings and so grateful that everything is recorded so I don’t have to pick just one option for each session. 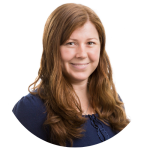 The University of Melbourne 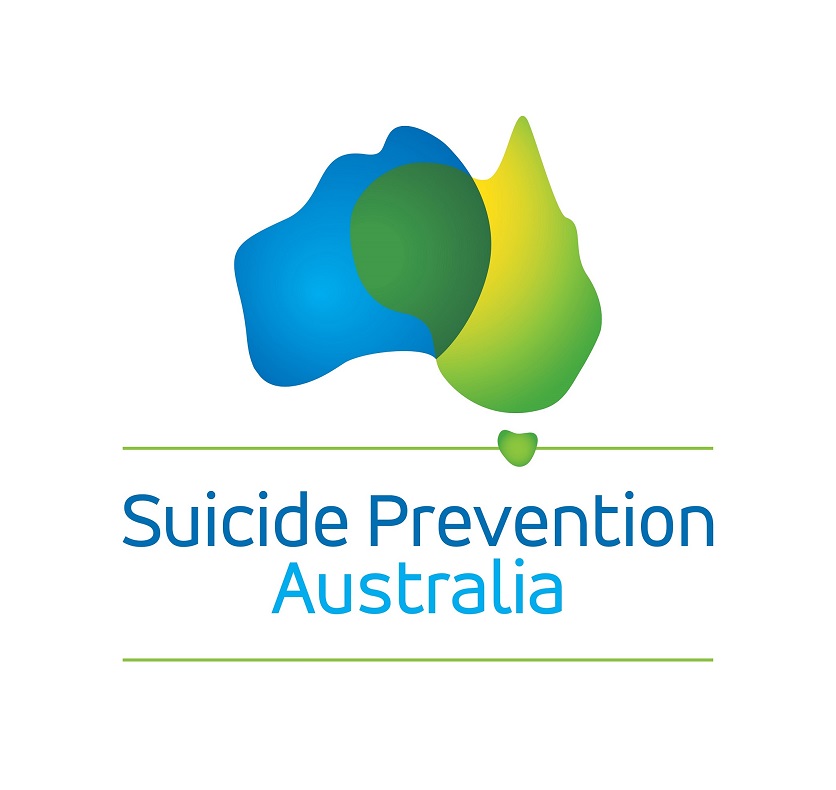 Cycle Around the Globe is back for the 9th year ru

A key focus of the IASP 10th Asia Pacific Conferen

‘Countries should be measuring their success by

This #InternationalDayOfHappiness we are reminded

We can help support women and girls and work to #B

Read the latest update from the International COVI

Pecha Kucha is Japanese for 'chit chat' - It is a

It's #ChildrensMentalHealthWeek in the UK; an impo

The 19th ESSSB conference will be held in Copenhag

The @eu_mentupp team would like to thank all the participants to yesterday's interactive webinar on barriers and facilitators to implementing #mentalhealth promotion interventions.

#TRIPLEi2022 is an international conference on suicidology organised annually by UP IAM in memory of the late Prof. Andrej Marušič. This year the hybrid event is organised jointly with @DeLeoFundOnlus. Register today 👉 https://t.co/11vyC7v8qv @si_upr

@WHO We call for the @WHO and member states to furthermore prioritise principles within the Comprehensive Mental Health Action Plan 2013-2030 and embed #SuicidePrevention within mental health law and policy and multisectoral mental health promotion and action. (2/3) #WHA75

@WHO Considering the focus on the promotion of mental health within the Global Action Plan for the Prevention and Control of NCDs 2013–2030, alongside the suicide mortality rate being an indicator within UN SDG Goal 3 (1/3) #WHA75

The 75th World Health Assembly is underway this week, with #MentalHealth being discussed as a key issue on the agenda for today. Follow the discussion live under Committee A here 👉 https://t.co/aaU281fpr7 #WHA75 @WHO

Our study of online experience of young people who die by suicide shows need to reduce online harms. But #suicide is complex, people’s lives are complex.

1/4 people under 20 who died by suicide had suicide-related online experiences, esp seaching for methods. More common in girls, probably an under-estimate.
New paper from our @NCISH_UK national study of suicide by C&YP. lead author @Cathy2778.

🚨 New men's mental health COVID paper 🚨 We asked 500+ men what they struggled with most, and what helped them cope throughout the pandemic in their own words. Take a read! https://t.co/PNR5nMLtgu

New research out today!
We explored the main aspects of the pandemic that impacted men's mental health, alongside how they coped with these challenges. Please share!
Available open access here: https://t.co/1feYkI8edZ

Keen to know the barriers and facilitators in implementing workplace #mentalhealth intervention?

Register to the @eu_mentupp webinar that will take place tomorrow at 9:00am BST/10:00am CEST.

Tomorrow, May 20th, at 2pm CEST, Project Coordinator @EllaArensman will present @eu_mentupp in the Thematic Workshop ‘Working Together to Prevent Harm due to Alcohol in the Workplace'

Take part in our latest project that will develop educational resources to support positive mental health care experiences for queer/LGBTQIA+ young people of colour. Visit https://t.co/gonVJOcdIT for more information. This study has been ethics approved - HREC 2022-20864-25209-7.

Join us for the @c_sshri Second Annual Suicide & Self-Harm Research Workshop next week!

To register your attendance e-mail: infonsrf@ucc.ie

We are live!
SEYMOUR study recruitment @orygen_aus has started!

Using system dynamics modelling 2 find out which #SuicidePrevention interventions work best for:
which groups of #youngpeople;
how long;
with what intensity.
@JoRobinson_Aus @Lamb_Mich

Will be great, incl keynotes from @Dr_KatrinaWitt & David Gunnell @SASHBristol

🔸 4 Million impressions, 835 tweets & 170 participants. Thank you to everyone who got involved & joined the conversation online during #IASPGOLDCOAST2022 for elevating crucial dialogue on #SuicidePrevention. Collaboration is key in furthering our efforts to prevent suicide.

To prevent suicide requires us to become a beacon of light to those in pain. You can #BeTheLight. #MentalHealthAwarenessWeek

The longer we feel lonely, the more we are at risk of mental health issues. By encouraging understanding, reaching in and sharing experiences, we want to give people the confidence to take action. #MentalHealthAwarenessWeek

Almost half of young people aged 18 - 24 feel lonely some or all of the time. Check out our tips on ways to cope with loneliness: https://t.co/VTv0mVojKI #IveBeenThere #MentalHealthAwarenessWeek

Loneliness or social isolation can be the crisis in a person’s life - I presented this finding from my research on callers to Lifeline at recent @IASPinfo Asia Pacific conference. https://t.co/AI2H25xIOc

It is so important that we tackle loneliness, the theme of #MentalHealthAwarenessWeek2022

I'm delighted to be speaking @suicideresearch 6th Suicide & Self-harm Early & Mid-Career Researchers' Forum @UofGlasgow & reconnecting with UK-based colleagues! Registrations close end of this month so sign up below. Hope to see you there! https://t.co/mf9euvQVz5

Will be great, incl keynotes from @Dr_KatrinaWitt & David Gunnell @SASHBristol

🆕 I recorded the 1st @IASPinfo President's podcast earlier, with Jane Pirkis (Australia) and Michiko Ueda (Japan). We had a wide ranging conversation, centred around the impact of COVID-19 on suicide rates globally.

Will be released later in the month...

🧠 Depression can affect anyone. In 2019, 37 million people in th EU were diagnosed with chronic #depression (Source: Eurostat, 2021). To combat this, better public mental health care and less stigma around mental health are needed. See our new video: https://t.co/obg8924HfZ

Check our website to discover our MENTUPP Hub to improve mental health in the workplace: https://t.co/AFBQanCRbL

We are looking for a Head of #Safeguarding at @kooth_plc; are you interested in #DigitalMentalHealth & in joining a brilliant team doing #innovative work? Take a look! https://t.co/CzFNfzpzzI #vacancy #MentalHealth

Please remember the conference content is available through the virtual platform to all delegates to access throughout the next year. #IASPGOLDCOAST2022

As Lakshmi Vijayakumar says, lets go back with more committment and compassion.

And that's a wrap for #IASPGOLDCOAST2022! We would like to thank all those who have contributed to making this such a meaningful event. Who have shared their thoughts, time and experiences and engaged both online and in person.

"We need to do more and better of thinking about social and emotional well being as a holistic concept and learn both ways from innovations from aborignal and first nation communities." Good to see you
@suicideresearch ! #IASPGOLDCOAST2022

"What else can we be doing to ensure that research evidence is informing policy and practice? We've still got a long way to go there." Thank you @IASPinfo President @suicideresearch
#IASPGOLDCOAST2022

Without culturally appropriate ax measures for young Aboriginal ppl, we’ll never be able to help. @MaddiOgradey from @blackdoginst not letting COVID get in the way of talking about this important work #IASPGOLDCOAST2022

'They don't think it makes sense and is in a language that makes sense because we just don't have the tools available for them.' Maddison O'Grady-Lee from @blackdoginst spells out the reality for many First Nation young people who seek help. #IASPGOLDCOAST2022

Close to 10 % of countries have a stand alone National Suicide Prevention Stratgey. Emmanual Nii -Boye Quarshie highlighting where more needs to be done to prevent suicides in lower and middle income countries. #IASPGOLDCOAST2022

Roses in the Ocean@RosesInTheOcean·
5 May

Media orgs: “Are you going beyond just safe language about suicide, & including representation of people with lived experience in media reporting about suicide, or guidelines for suicide prevention reporting, to reduce stigma and discrimination?” Stephen Scott #IASPGOLDCOAST2022

‘Where are the opportunities for you to improve, expand and strengthen the meaningful involvement of people with lived experiences?’ Key questions to start our plenary sessions - thank you Stephen Scott @RosesInTheOcean #IASPGOLDCOAST2022

The closing plenaries are about to conclude the final day of #IASPGOLDCOAST2022. This collaborative conversation will feature a range of perspectives as a vibrant holistic finale. With thanks to @blackdoginst

Missed anything from #IASPGOLDCOAST2022? Head to IASP News here 👉 https://t.co/QXjYJPYxjI to catch up on an amazing blog recapping Day 1 from ECR @andrewpjmcmahon

‘So we really need to find ways of capitalising on those benefits that social media affords whilst mitigating some of the risks.’ What can we do to promote safety and equip & empower young people to know how to keep safe online? Great words
@JoRobinson_Aus #IASPGOLDCOAST2022