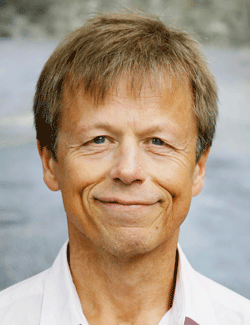 Professor Lars Mehlum MD, PhD is the founding director of the National Centre for Suicide Research and Prevention at the Institute of Clinical Medicine, University of Oslo, Norway. A psychiatrist and psychotherapist, he has had several leader positions both at the national and international level. He is a past president of the International Association for Suicide Prevention (IASP) and the current president elect of the International Academy of Suicide Research (IASR) and of the European Society for the Study of Personality Disorders (ESSPD). He was a visiting professor at Columbia University College of Physicians and Surgeons 2011-2012 and has lectured widely in many countries. He has established several advanced training programmes, among them a Master’s degree in suicide prevention at the University of Oslo and national therapist training programmes both in Dialectical Behaviour Therapy (DBT) and Complicated Grief Treatment (CGT). The founding editor of the journal Suicidologi published since 1996 he is also a member of the editorial board of several international journals. With his research group he focuses on the clinical course of suicidal and self-harming behaviours with respect to etiological and prognostic factors such as stressors and negative life events, personality traits and disorders, major psychiatric illness and the effectiveness of interventions, among them Dialectical Behaviour Therapy. He has also conducted studies of the epidemiology of self harm and completed suicide in the general population and various non-clinical populations. He has published widely on these subjects and received several national and international awards.