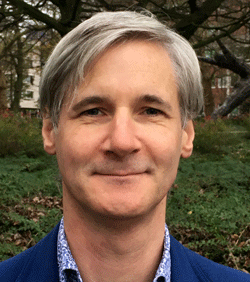 Professor Rory O’Connor has a long-standing interest in suicide research and prevention; he has been working in the field since 1994. He is Professor of Health Psychology at the University of Glasgow in Scotland and Past President of the International Academy of Suicide Research. Rory leads the Suicidal Behaviour Research Laboratory (www.suicideresearch.info) at the University of Glasgow, one of the leading suicide and self-harm research groups internationally.

He has published extensively in the field of suicide and self-harm, specifically concerning the psychological processes which precipitate suicidal behaviour and self-harm. In addition, he is author of Understanding Suicidal Behaviour (with Noel Sheehy), co-editor of The Routledge Major Works Series on Suicide (with Keith Hawton) and co-editor of the International Handbook of Suicide Prevention (2nd edition with Jane Pirkis). He is also author of When It Is Darkest: Why People Die by Suicide and What We Can Do To Prevent It, which was published in May 2021.

Rory has also been the UK National Representative for the International Association for Suicide Prevention. He was co-organiser (with Barry McGale and Siobhan O’Neill) of the 30th IASP World Congress held in his native Derry (Northern Ireland) in 2019. He is passionate about mentoring the next generation of suicidologists, to this end, he is co-organiser of the Early Career Researchers’ Forum on Suicide and Self-harm (held in Glasgow). He is a member of the American Association of Suicidology, serves on the Scientific Review Board of the American Foundation for Suicide Prevention and is an Associate Editor of Archives of Suicide Research, Suicide and Life-Threatening Behavior and Behavior Therapy. He is also on the editorial board of Crisis. Rory acts as an advisor to a wide range of national and international organisations including national governments on the areas of suicide and self-harm.