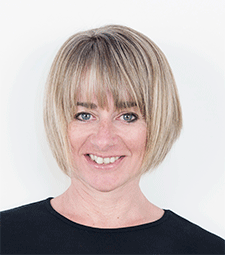 Jo Robinson is an Associate Professor at Orygen, where she leads the suicide prevention research unit, which is regarded as the leading centre of youth suicide research in the world.

Jo’s work focuses on the development, and rigorous testing, of novel interventions that specifically target at-risk youth across settings, on evidence synthesis, and on the translation of research evidence into practice and policy. Her work has a strong focus on the potential of social media platforms in suicide prevention. This includes the development of the #chatsafe guidelines, the first evidence-based best practice guidelines for safe peer-peer communication about suicide online, which were recently brought to life via a national social media-based suicide prevention campaign that reached over 3 million young people.

Examples of other current projects include the development of a multi-layered and systematic approach to youth suicide prevention across north-west Melbourne, the establishment of a self-harm monitoring program in emergency departments across Victoria, and a large-scale school-based study.

Professor Robinson also has a keen interest in policy development and evaluation and has led the development of two major policy reports and is regularly called upon to provide advice to both state and federal government.